Summer is in full swing, and the heat is getting to me! After all, I am a frail redhead. I like the sun, but it doesn’t like me back. 😛

At least there are lots of great ways to cool down in summer. From beaches, to pools, to sweet ice-y treats, summer is filled with lots of ways to beat the heat.

One of my favorites? Ice cream! Unless you’re lactose intolerant (in which case I am very, very sorry for you 🙁 ), ice cream might be one of your favorite ways to cool down too! While today’s tutorial won’t actually cool you down, it does have to do with this tasty treat.

I was introduced to polymer clay when I was around eight or nine years old. While some things I made – especially when I first started working with clay- are less than beautiful, I have discovered some easy techniques and project ideas that anyone can easily master.

For instance, these cute polymer clay ice cream cone earrings! They even have a cherry on top! Follow the tutorial below to make your own pair of earrings.

Another tip I’ll throw out there is to coat the finished earring with a sealant to add that extra bit of shine. The small pair I show in the beginning were coated in clear nail polish. However, while the nail polish does give a beautiful finish, there are some downsides. The nail polish remains slightly tacky and over time picks up fuzz and dust. Also, if you set the earrings down on paper, it might pick up some paper scraps. When I’ve encountered these problems, I’ve used my fingernail to scrape the paper or fuzz off, and the result was satisfactory enough for me.

However, another option would be to use a clay sealant, clay glaze, or polyurethane. I’m no clay expert and have not personally used these other methods. I would recommend doing a quick google search before trying to coat your clay with any of these items and also testing the coating on a scrap of clay first.

If you watched all the way to the end, you say my heroic first attempt at putting the clay in the oven. While ice cream is a great way to cool down in summer, hot ovens are not. My hand was not happy when I reacted instinctively and reached for the falling dish… and instead touched the hot oven rack. Ow!

It could have been worse, though. I didn’t mess up the earrings and in the end it all worked out okay. Clearly, the crafting life is not for the faint of heart!

I’ll also address something I was going to in the video, but I never got around to it because the video was already too long. If you’re wondering about my hair, it had some extra, uh…texture because I slept with my hair like this: 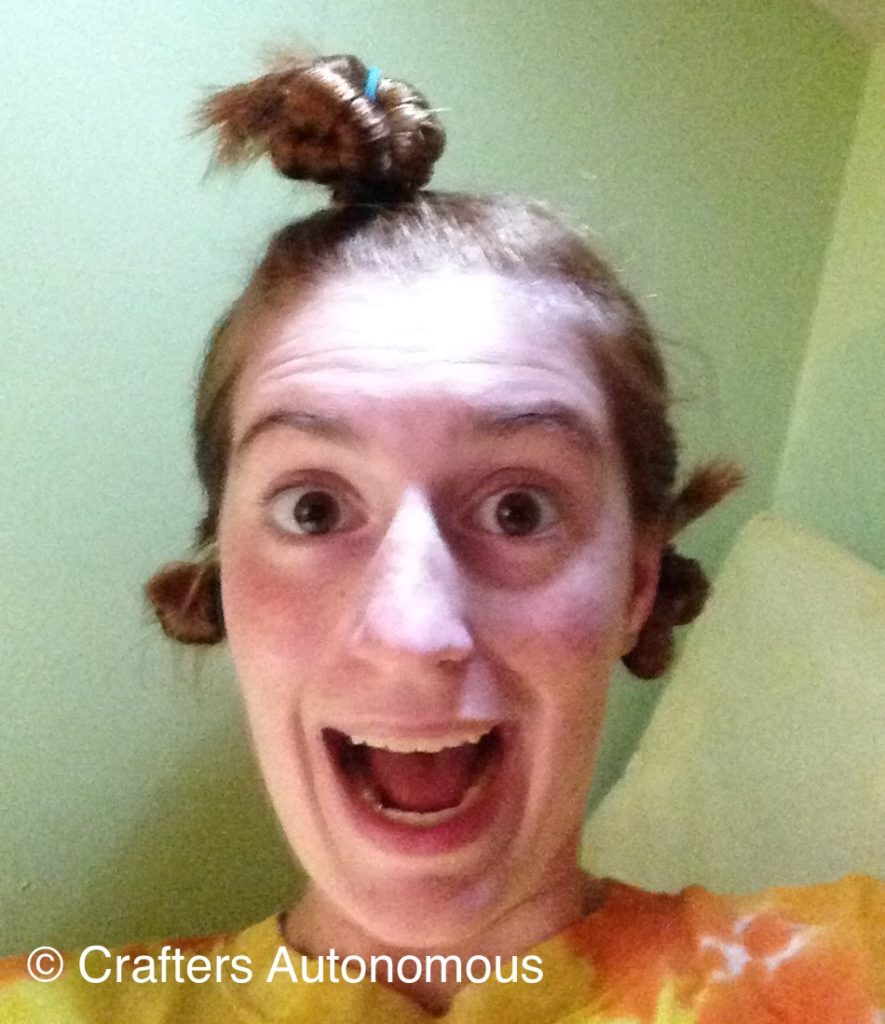 It’s been a while since I’ve tried curling my hair like this. I sorta forgot I woke up looking like I came from the 80’s. I was hoping for nice, smooth curls, but instead ended up with, well, lots of frizzy volume. 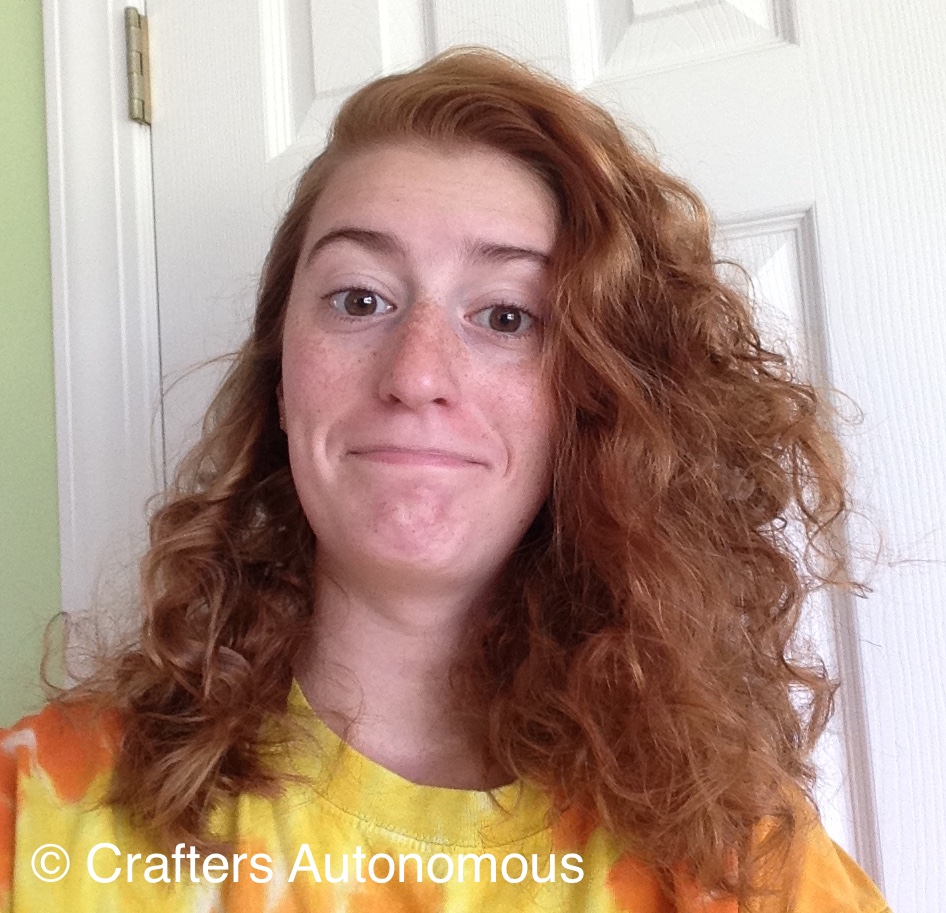 I also discovered that, as the day went on and the frizz kept doing its own thing, if I parted my hair in the middle I could pass as a look-alike for Hurley from Lost. Sorry, but I don’t have any photos of that.

Ah, never a dull day in my life! How is your summer going so far? Comment below and share your summer misadventures!