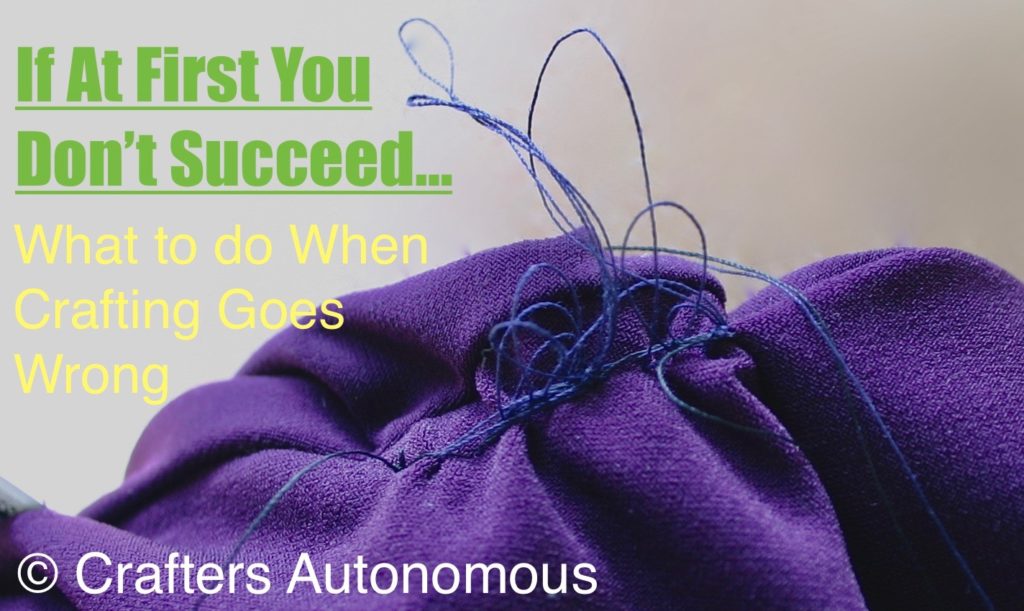 I went to Disney!

Probably not what you expected to read after my title. And that’s not my advice either. (Well, maybe Disney isn’t such a bad answer. 😉 ) But we’ll get to the answer eventually. In the meantime, back to Disney!

This was my first time back to Disney World after a decade, and I was super excited. While anticipating the trip, I discovered something called Disney bounding. You design a modern outfit inspired by a Disney character. With my red hair, my character inspiration was obvious: Ariel!

A quick stop at Goodwill found me a purple tank with ruffles and a pair of bright green capris, perfect colors for an Ariel Disney bound.

The top had one tiny problem and the pants had… well I thought it was a small thing, but it ended up a larger project than expected. 😉 First to tackle the top. 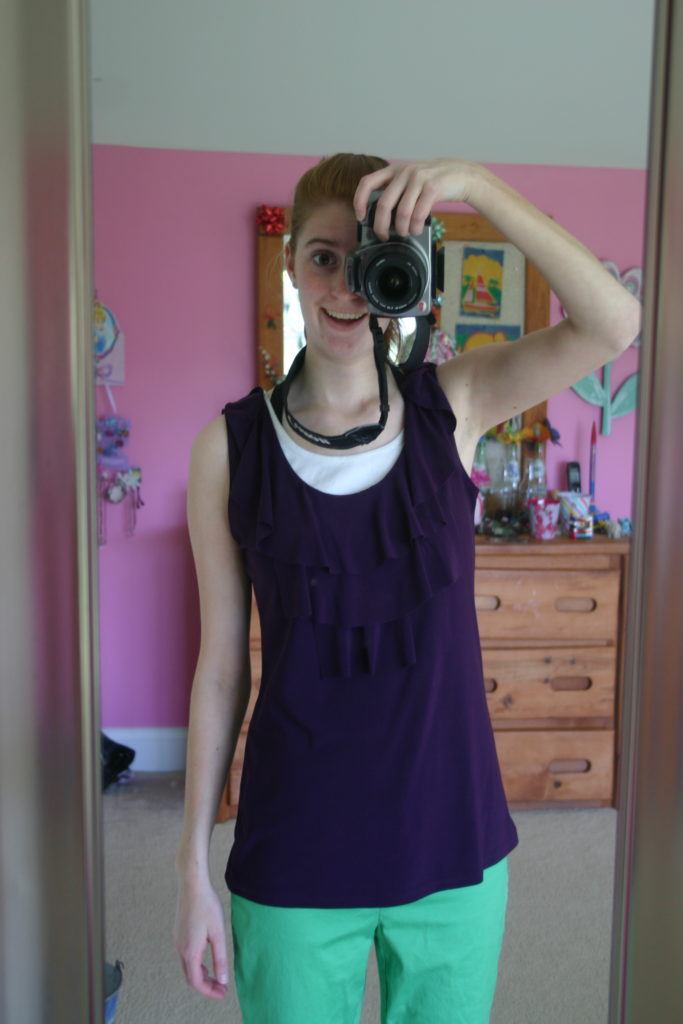 Since it was a little lower than I preferred (and I definitely did not want to wear a tank underneath in the Florida heat), the top needed a quick tuck in the shoulders. Normally, this wouldn’t be a big deal, but the shirt’s ruffles kept trying to get in the way. 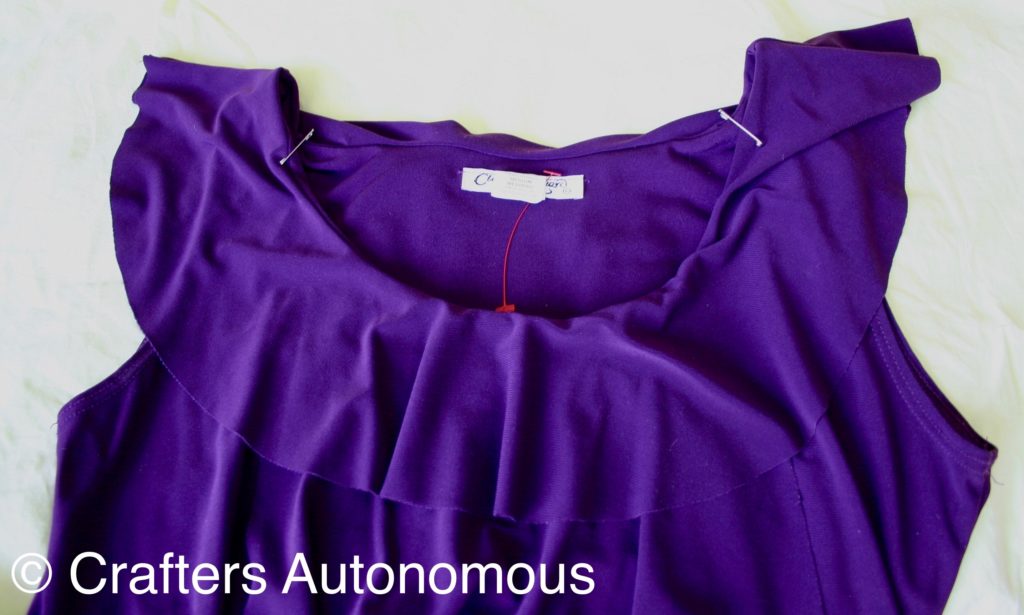 Finally, I found a way to fold it so I could run just the shoulders through the sewing machine without catching the ruffles too. 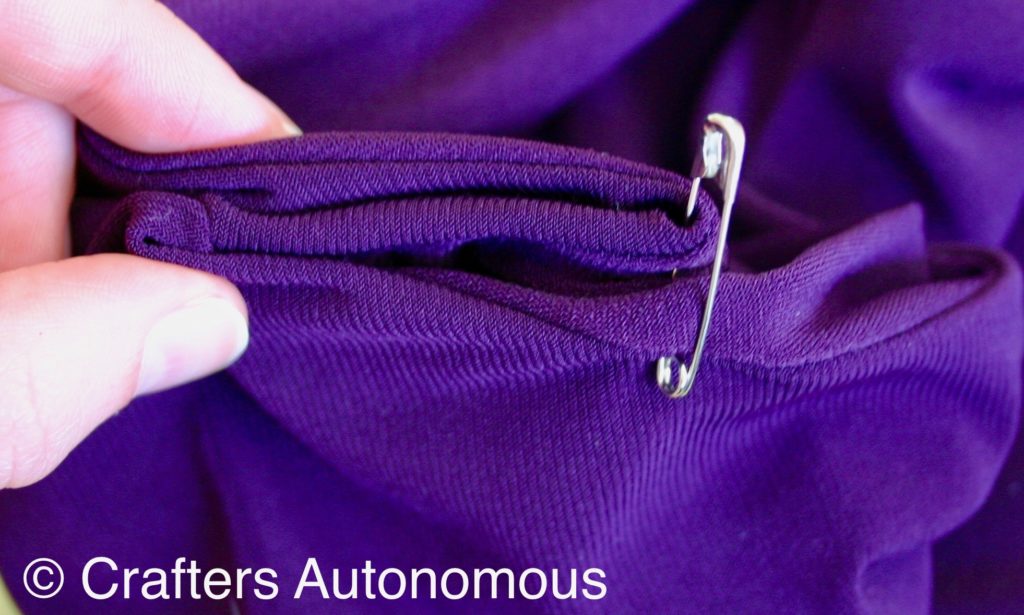 Now the top was perfect, just the way I hoped it would turn out. 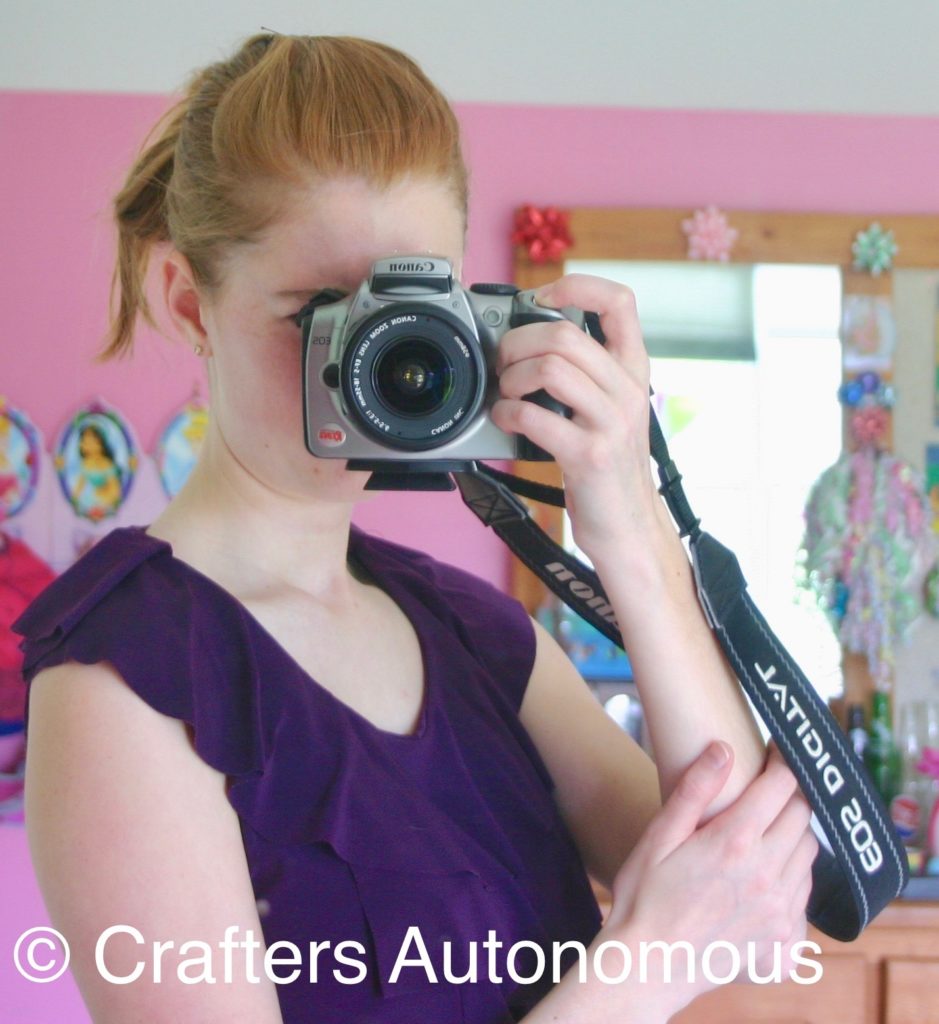 On to the pants! These proved to be more of a challenge. The first task was to do something about the waist. 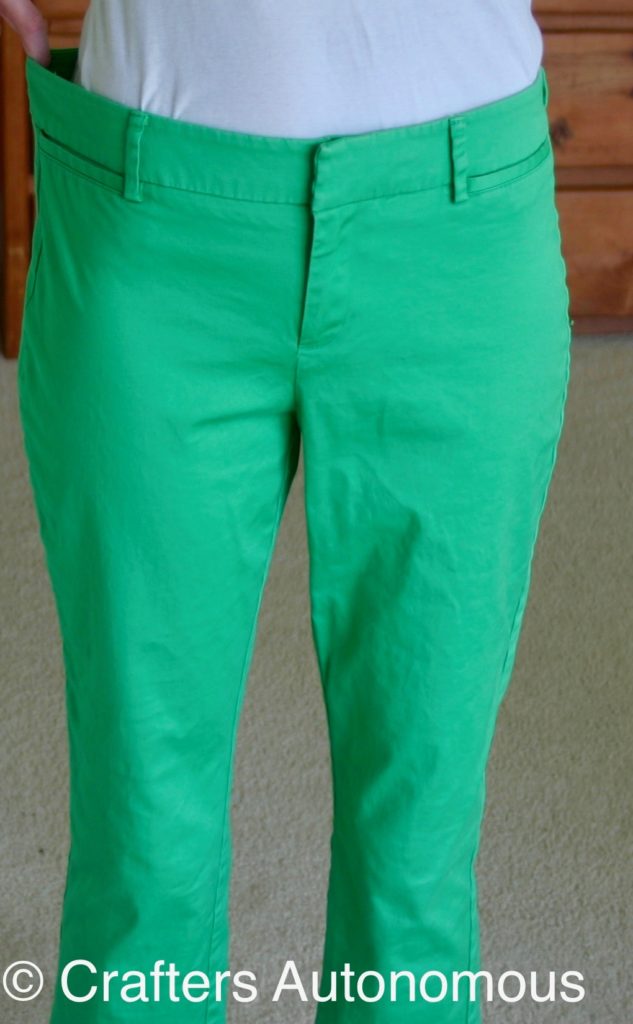 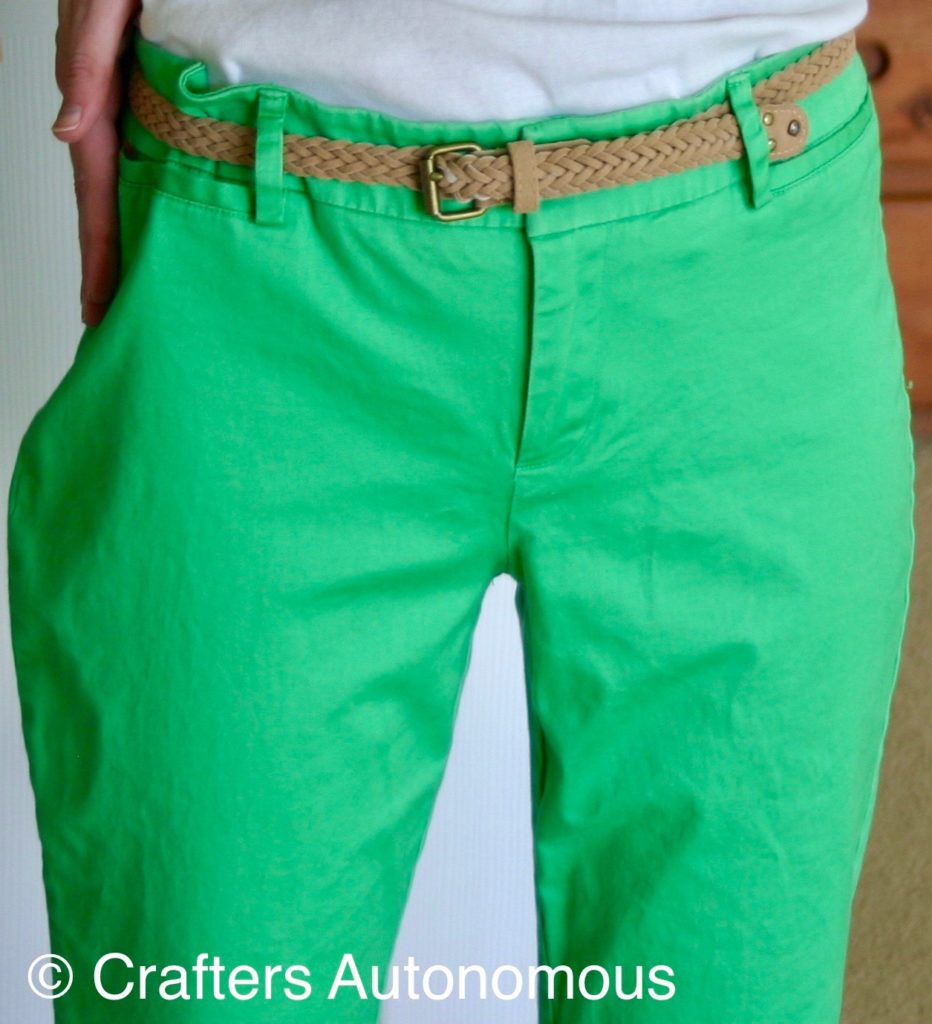 Just a size too large, the waist did not want to stay up comfortably. My first thought was to try a belt.

Since I didn’t like the frumpy look caused by the extra gathered material, I needed a better solution. My mom had the brilliant idea to take a tuck in the back of the waistband, in line with darts the pants already had. 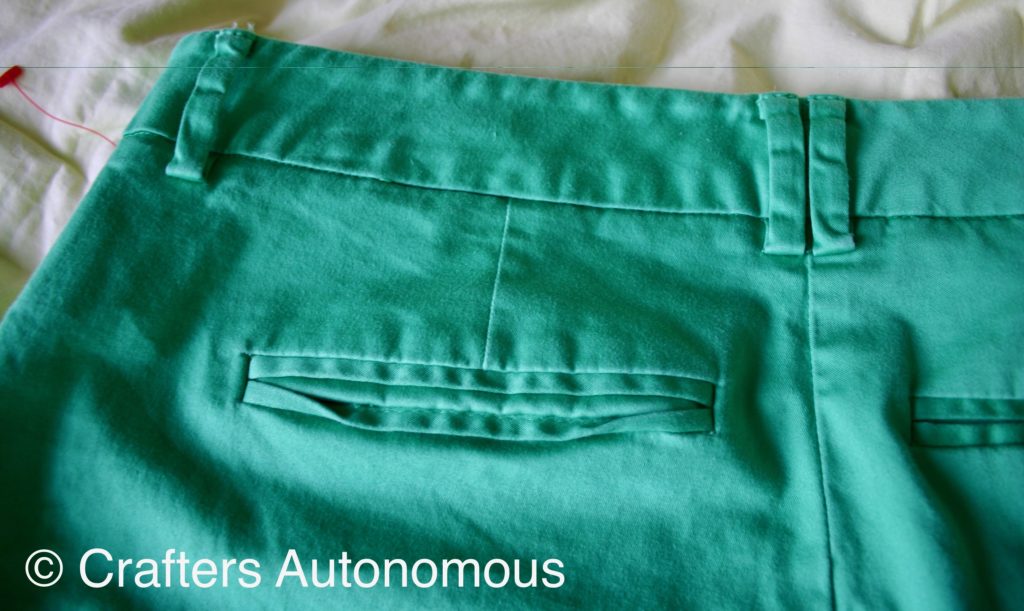 My final problem was the length of the pants. Although I liked the capris style, I wanted something cooler for Disney. Awhile back I saw a sewing hack floating around online, where you use the hem the pant legs already have instead of making a new hem. 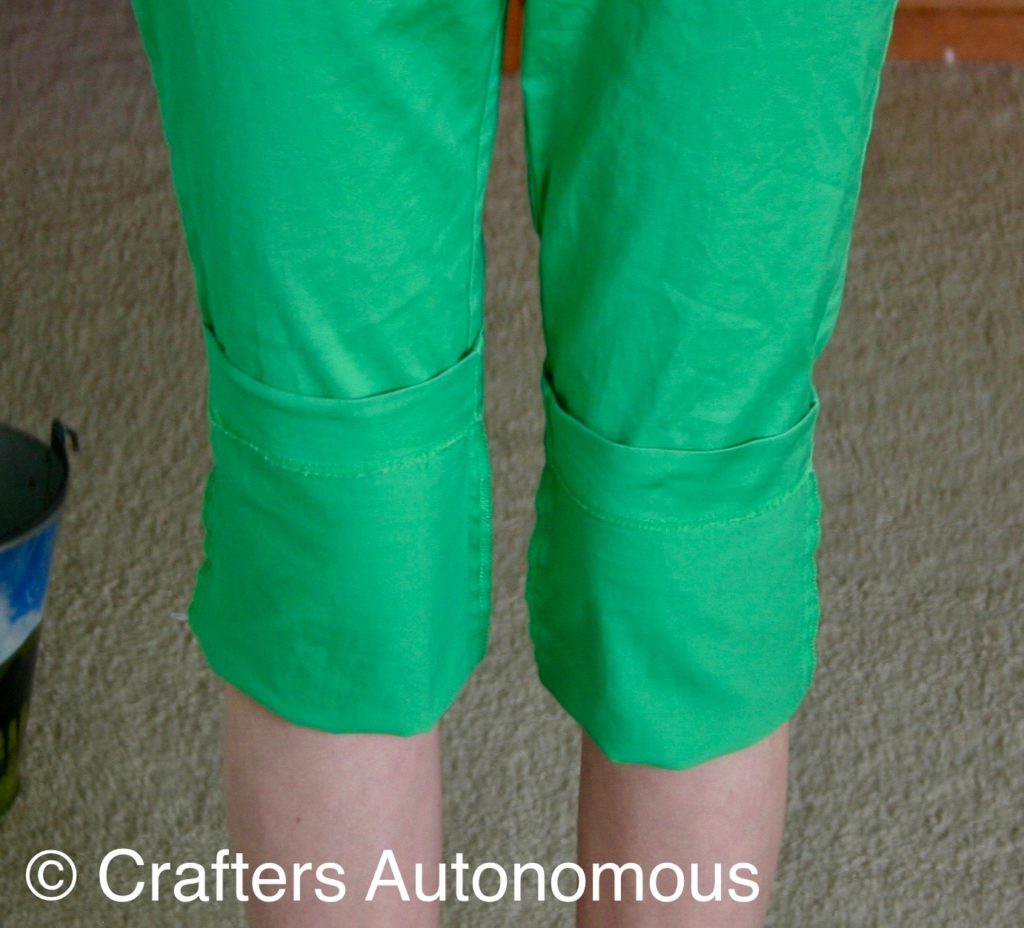 The idea is to sew below the pulled-up hem, cut the excess fabric, and fold the hem down. So, I gave it a try! The sewing machine foiled my first attempt, and out came the seam ripper. Here’s actual proof I cry every time I try using a sewing machine: 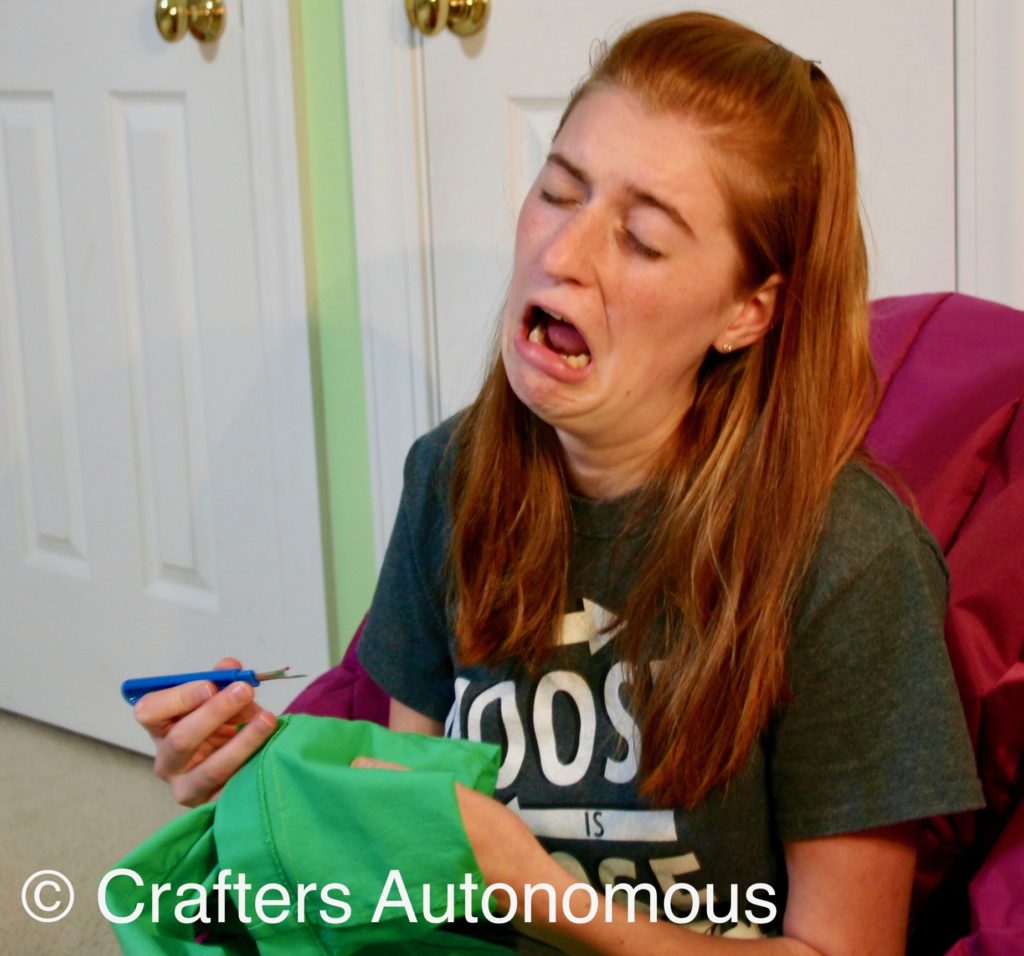 On my second try, the machine cooperated, but I had overlooked something important… 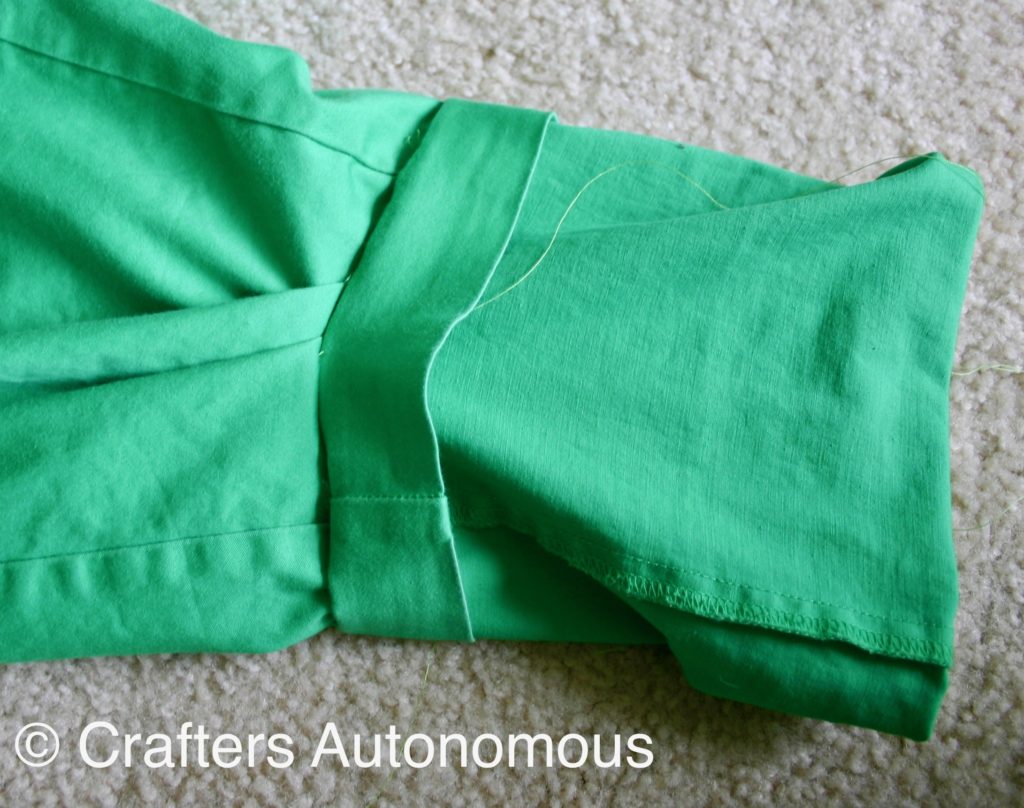 I’d forgotten the thigh of the pant would be larger than the narrow ankle hem, and ended up with bunchiness (is that even a word?) on the front of the pant leg. Needless, to say, it looked ridiculous!

Fortunately, third time’s the charm, and I planned where the extra material would be gathered. 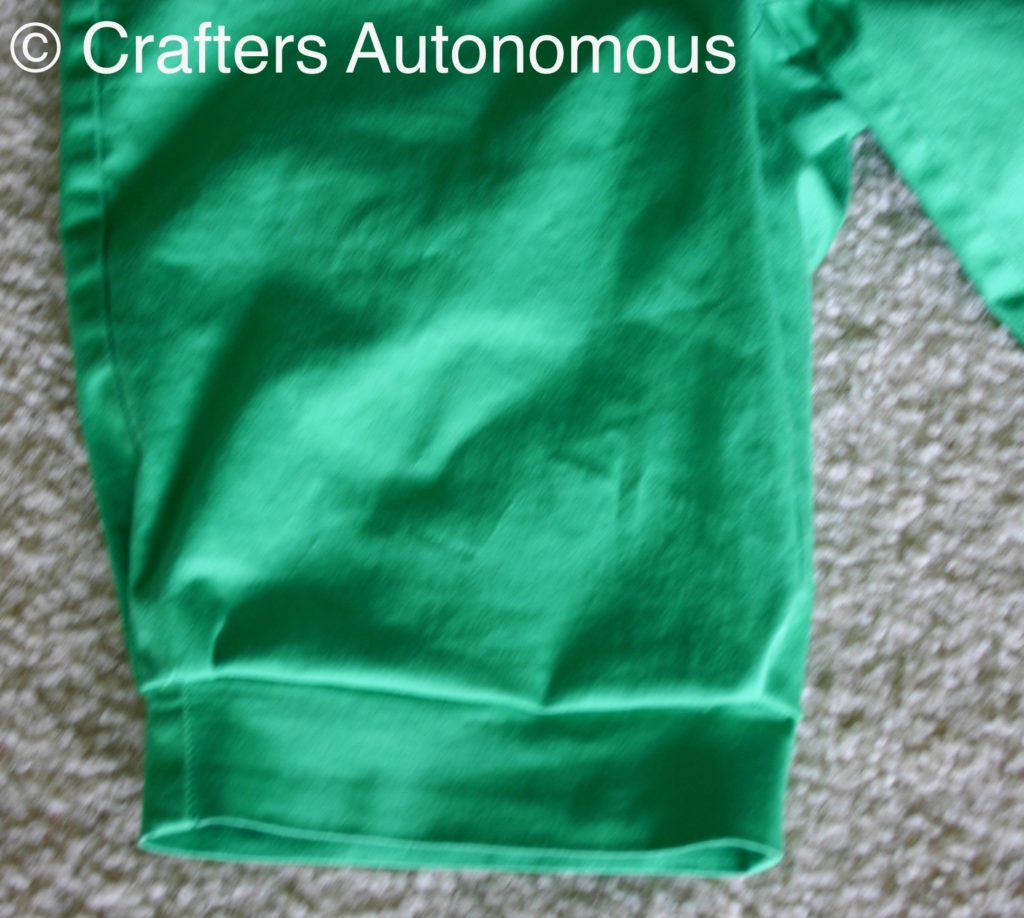 I lined up the second pant leg and quickly performed the same hem on the second leg.

And here are the results of my sewing endeavors! 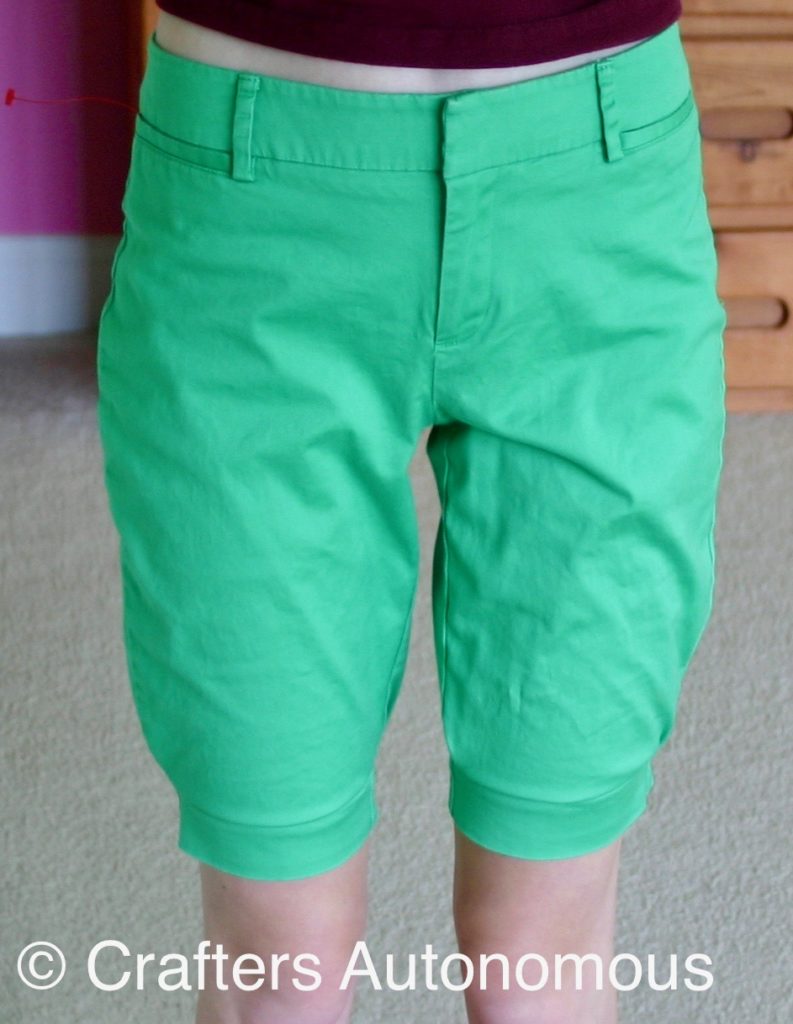 The waist now fit well, and the legs were hemmed. In the end, however, (partly inspired by the accidental different length in the pants) I decided to seam rip one last time and leave them capris length. Check out the final look!

You may be wondering about my title still. What does an Ariel outfit have to do with failing? The takeaway from my project is this: it’s okay to not craft perfectly on the first try. In fact, it’s okay to not craft perfectly ever! The point of crafting, doing-it-yourself, or working on a project is not to be perfect. There are plenty of other great reasons to craft, like a chance to be creative, gain new skills, or overcome challenges.

Whether you are a hardcore crafter or an unartistic individual crafting to fill up some free time, you will face some challenges. That’s okay. My advice? Don’t give up, and have fun despite the imperfections.

That’s all for this post! What advice would you give someone encountering bumps in their crafting project?

1 thought on “If At First You Don’t Succeed…”