Balloon arches are super cool. Who doesn’t wish they could have their very own?

Okay, so maybe you don’t wish you had a personal balloon arch. But maybe you’ve thought it would be neat to have a balloon arch for an activity you are planning, like a birthday party, prom, or VBS.

This year, my church did LifeWay’s Game On! Vacation Bible School. One of the decorations we wanted to include was a balloon arch. Now you have to understand: we didn’t actually know if it was feasible for the average individual to make a balloon arch. So, as the crafty type, I started brainstorming ways to make a balloon arch and did some very scientific research by watching YouTube videos. What I soon discovered, however, was most balloon arch tutorials call for at least one of two things: helium and a stand/frame/arch.

I don’t know about you, but my church doesn’t have a balloon arch frame conveniently lying around. Also, we had to be mindful of our budget. And getting enough helium to blow up nearly 200 balloons wasn’t going to be cheap. So, it was time to improvise.

I had seen some tutorials suggest stringing balloons onto fishing line, but these projects were fastened to the wall, not stood up as an arch. But it was a start.

I went to the dollar store and picked up two packs of balloons. Each pack was supposed to have 25 balloons, but I somehow ended up with 53 balloons. For $2. Score! 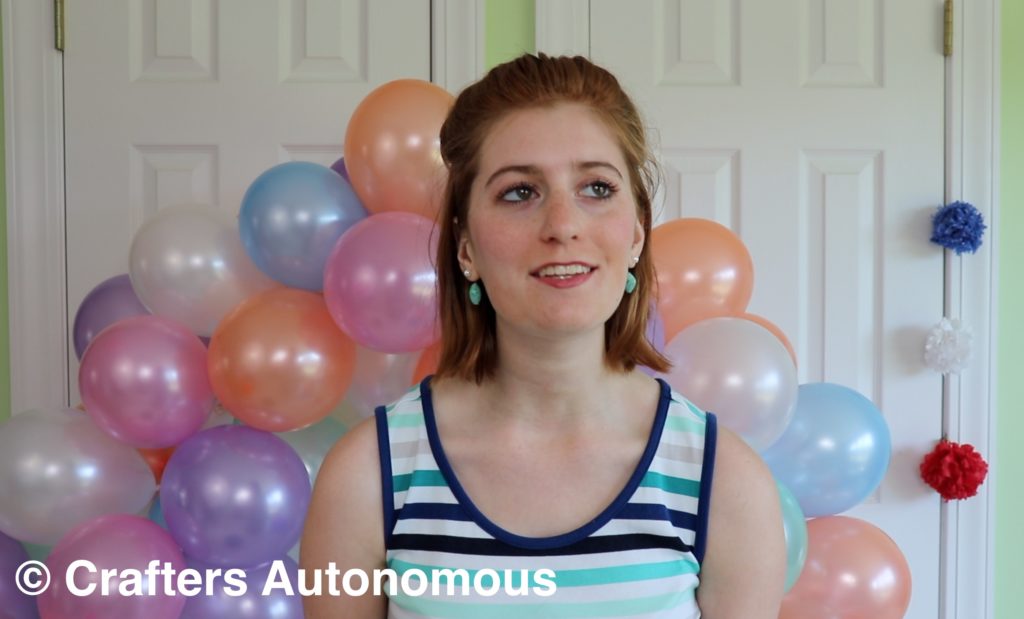 Okay, getting three extra balloons wasn’t actually that big of a savings but still, it made me happy. 🙂 In the pic above, where I’m dreamily staring into the distance, you can ignore me and focus on the balloon arch behind me. That’s what I turned those 53 balloons from the dollar store into. And it was actually super easy! I attached one end of fishing line to a random ball of yarn to act as a weight. Then, I threaded the other end of fishing line with a needle and started stringing them on. And viola! A tiny rainbow balloon arch was formed!

Now I knew I had a method with potential. But would it work for a giant balloon arch? I still had to wait a few more weeks to find out. In the meantime, I kept using this tiny balloon arch in the backdrop of my videos. 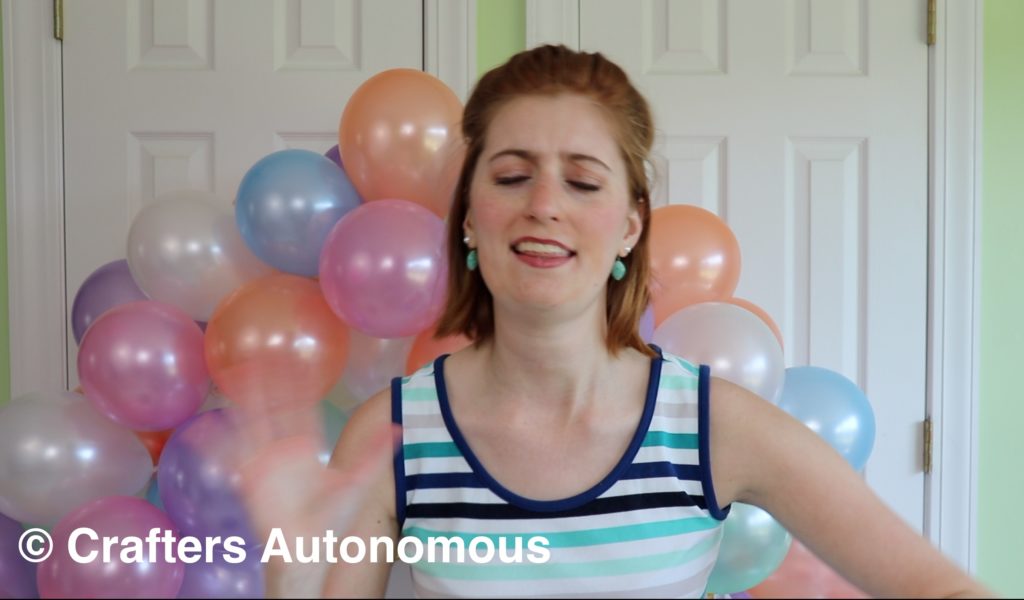 See? Look how happy I was to have the balloon arch in the backdrop! I think I’m dancing with happiness there…? 😉 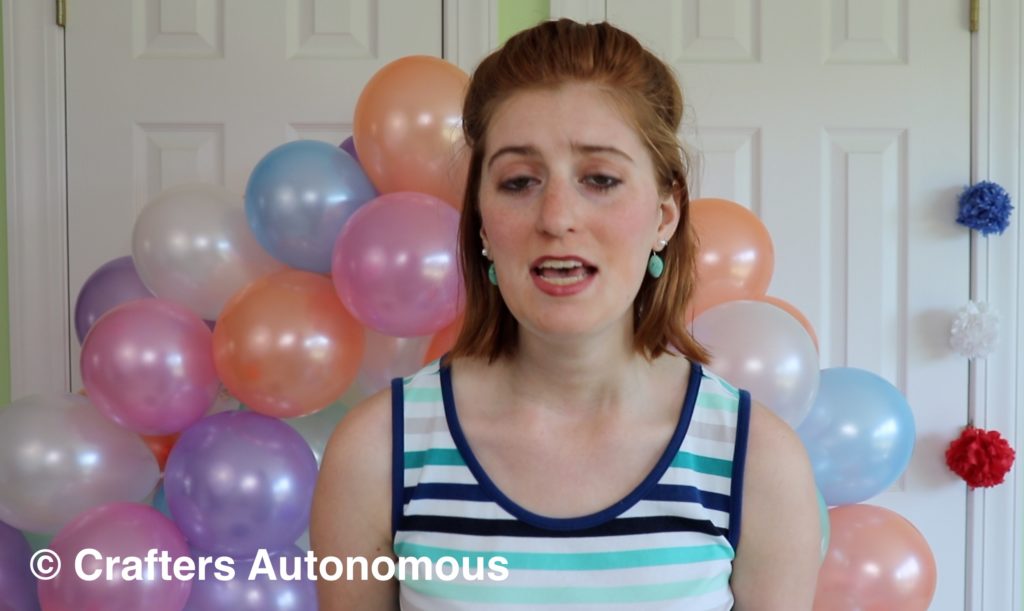 …Or maybe I just took screenshots of the video and paused it at weird moments. That’s certainly a possibility. 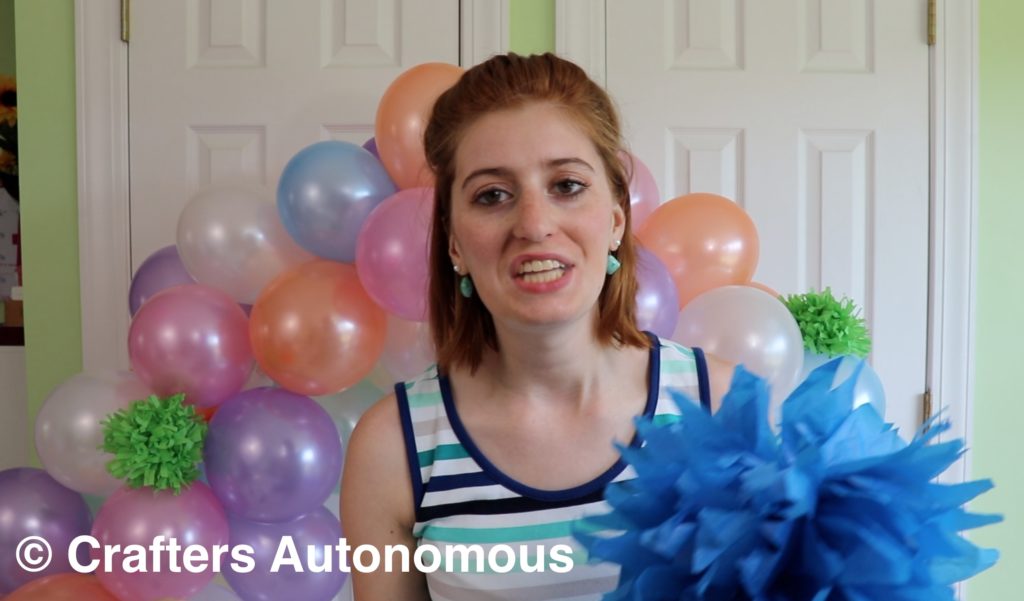 Okay, you know what? These pics are just getting weird. You know how they say to never pause a Disney movie because all the characters will look really strange? Apparently you should never pause my YouTube videos either unless you want nightmares. 😉 Let’s ignore these screenshots and get back to the balloon arch journey.

So there I was, a few weeks before we needed the giant balloon arch for VBS, playing around with my little rainbow balloon arch. As this next picture illustrates, the basic little balloon arch is so easy to spruce up and make even cuter than it already is! 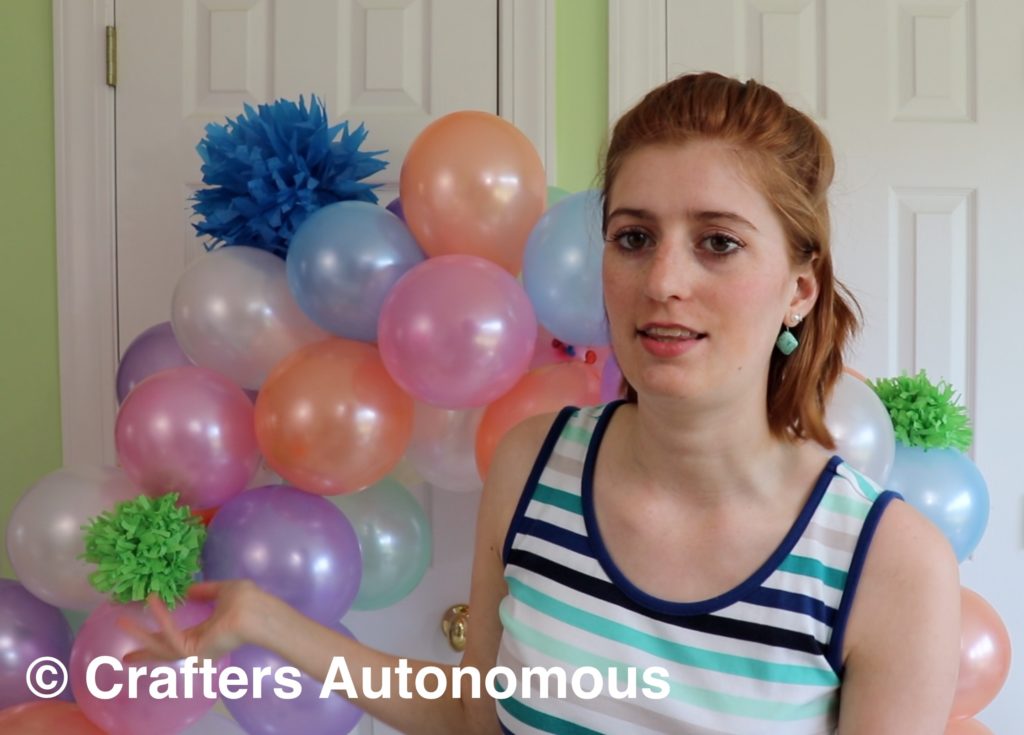 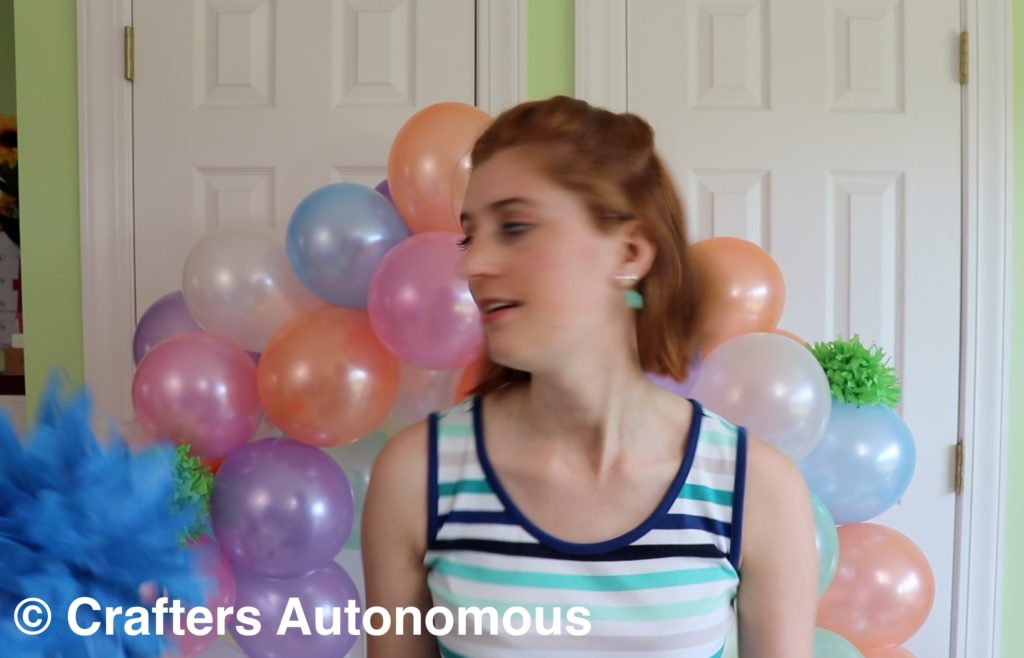 See? Just casually fling them onto the arch like I’m doing in the pic above. At least I think that’s what I’m doing…?

This tiny balloon arch was a blast to make and play around with. And it’s still looking semi-decent over three weeks later! 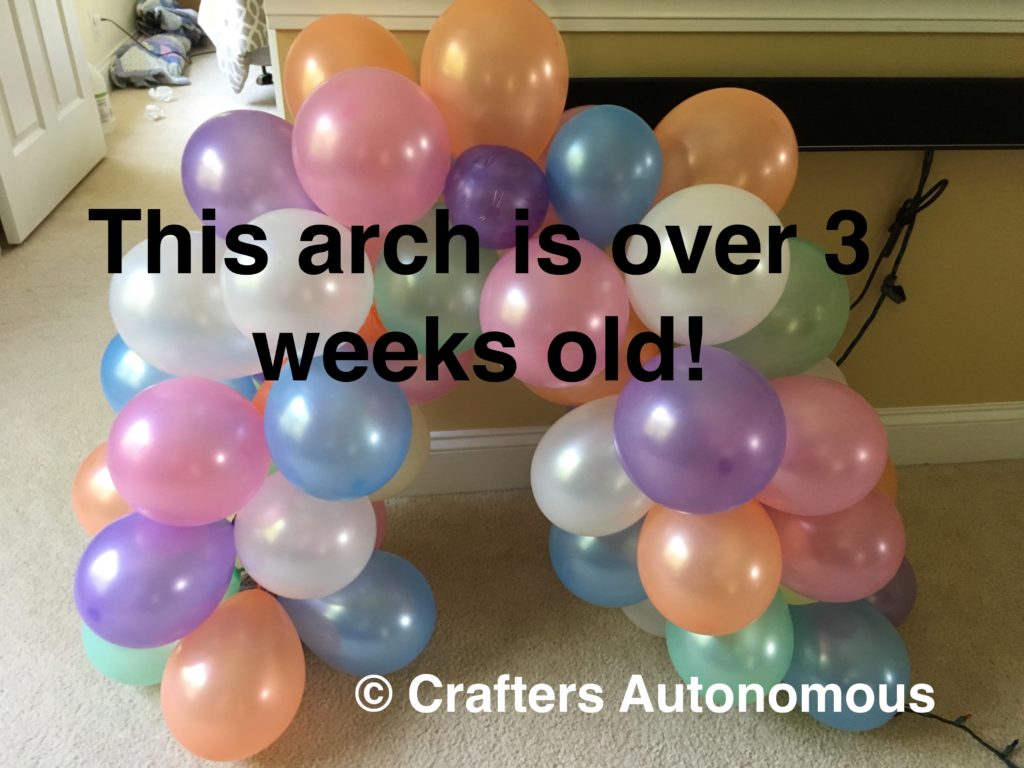 But let’s talk about what you are probably wondering… Does this method work to make a giant balloon arch?

You have to watch the video to find out!

Just kidding; it works. 🙂 But seriously, give the video a watch to learn all the tips and tricks of how to make your very own fishing line balloon arch without helium or a frame!

Let me know in the comments below how you will use your balloon arch.