What’s the perfect accessory for a hat? What about a tail for a cute amigurumi bunny? Or what accent could you add to the end of a scarf?

Look no further than a yarn pom pom! Easy to make, these fun fluffy pom poms can add an extra touch to your project. Besides, why wouldn’t you want to make a pom pom?

Also, I have some exciting news. I’m trying to get on a schedule with my YouTube channel so you know what to expect when. So, I’ve started Tutorial Tuesday! As I explain in the video below, my first attempt at Tutorial Tuesday was… sorta a flop.

Because of technical difficulties (i.e. I don’t know how to operate the camera), I had to scrap my first filming attempt. Then by time I was able to re-film and upload, it kinda wasn’t Tuesday anymore…

So yeah, not exactly starting off on the right foot, but at least I started! Going forward, you can expect to find a tutorial every Tuesday. Like, actually on Tuesday. 😉

I will still post other videos throughout the week as bonuses, but this will give you something concrete to look forward to (and give me some deadlines 🙂 ).

But anyways, back to the pom poms. In this video, I show how to quickly craft a pom pom using yarn. Give it a watch below!

I love making my own pom poms because I can customize them how ever I want. Want a bigger pom pom? Spread your fingers apart while wrapping or make a cardboard or card-stock cut-out like this: 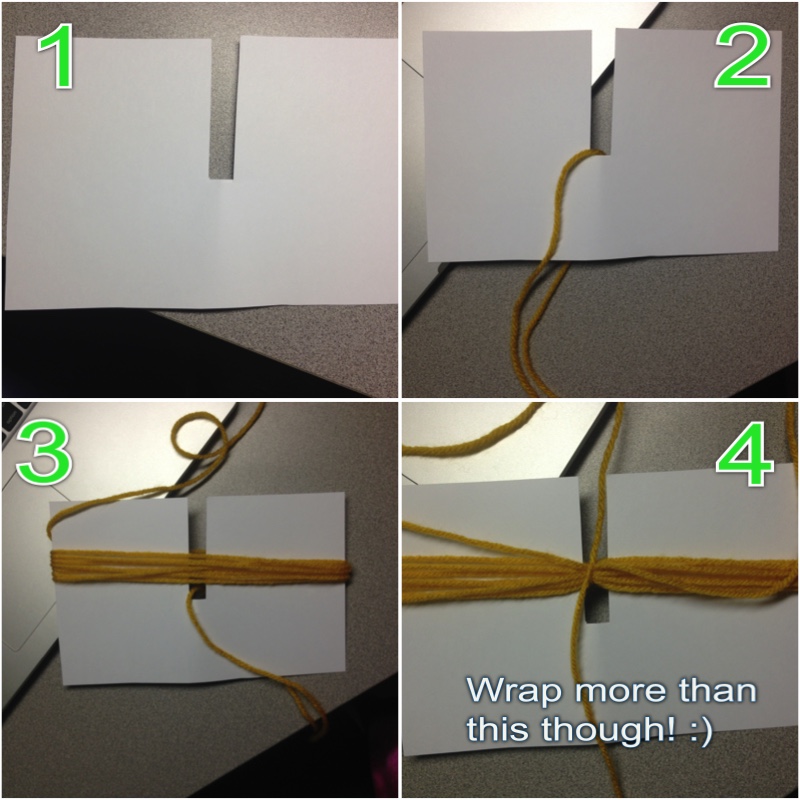 Want a smaller pom pom? Use less fingers, or wrap around a fork! 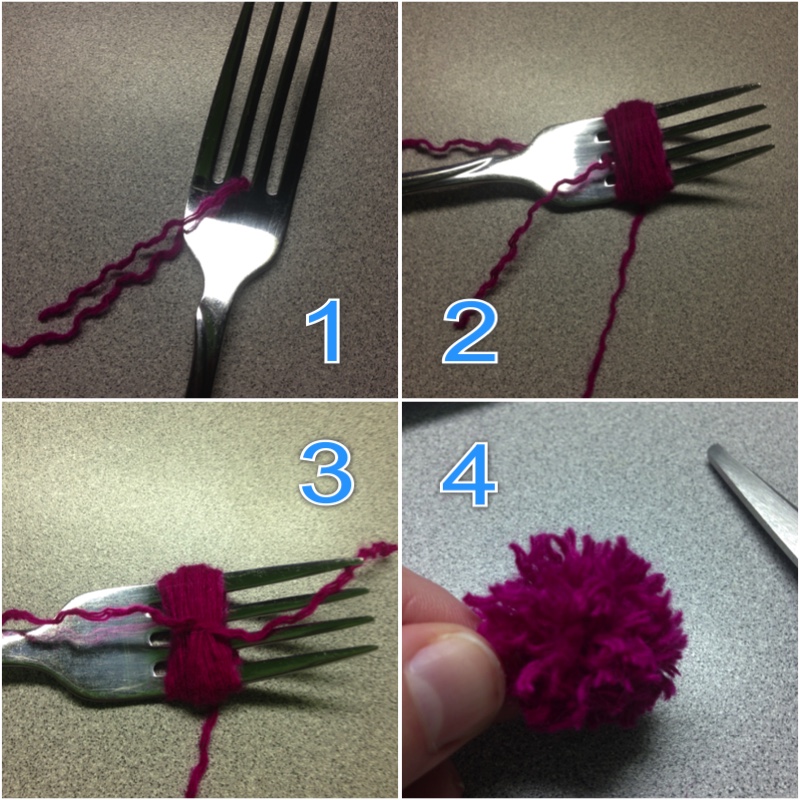 Different colors? Several colors? Different kinds of yarns and textures? No problem! Just grab the yarn or yarns I want to use, and wrap away! Easy as that!

What will you use your pom poms for? Tell me in the comments below!